– Our amenities include two kitchens, meeting space, and a residence for long term stays.

From composing and production to mixing and mastering, start to finish music creation•

We offer fantastic facilities, including two full kitchens and a residence for long term projects; espresso machine, hot tub, all the comforts of home.

Here are some examples of our work and quotes from the clients. 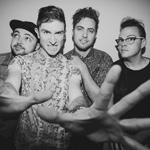 “Shut up and work with Ashley!”
– Eli Maiman (Walk The Moon) 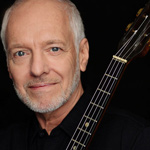 “Couldn’t be more thrilled with your wonderful mixes!! Thanks, my friend.”
– Peter Frampton 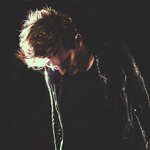 “If you’re wondering if Ashley can get you the sound you want, he can. Wonder about something else.”
– Benjamin Davis (Bad Veins) 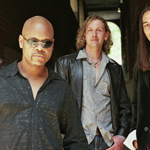 “I’ve worked with Ashley Shepherd for over a decade and I have to say, he is my go to guy to capture the sound I want for my records. I get the productions there and Ashley Shepherd brings them home!”
~ Emosia, Producer/Songwriter (Blessid Union of Souls)

For more examples of our work use this link.

Here are some examples of both short and long form work including original music, sound design, and the mix.

Raised in the heart of the Midwest, Ashley Shepherd has played music since early childhood. Starting with trumpet and tuba (yes, he actually can play a sousaphone!) and on into rock and jazz with guitar and his main instrument, the bass, he draws from a wide stylistic palette for writing and producing music.

While living in Boston and going to Berklee College of Music, Ashley worked in several area studios including the venerable Newbury Sound with artists such as Aimee Mann and Tony Z of Room Full of Blues. Returning to his hometown Cincinnati, Ashley started working on major label recordings for Legend Entertainment and Ligosa Sound Studios including hits by Blessid Union of Souls, George LaMond and many others. During his 10 years at Ligosa, Ashley recorded and produced many albums for local, regional and national acts as well as composing music for film and television, garnering credits from the NFL and Oprah to Seinfeld and Craig Kilborn.

Ashley continues to produce artists, sound design and original music for all types of media and to that end has built a multi-room recording facility located in a turn-of-the-century church in Newport, KY. Audiogrotto features two 5.1 surround control rooms and several recording spaces including the main sanctuary with 30 foot ceilings and inspiring masonic stained glass. In the studio’s kitchen, Ashley loves to cook fresh pizza and espresso at lunch for whoever is around.